How Much Does a Computer Cost?

This article highlights some criteria that could be used in determining the cost of a computer.

It would be difficult to answer this question as many factors have to be considered in determining the cost of a computer.

To help you get to a better position to answer this question, this article highlights some criteria that could be used in determining the cost of a computer.

How much does a computer cost and the type you need?

In answering the question; how much does a computer cost, you will have to first know what type of computer you need. Do you need a laptop, computer or tablet under whatever budget?

Let us look at these three types independently: 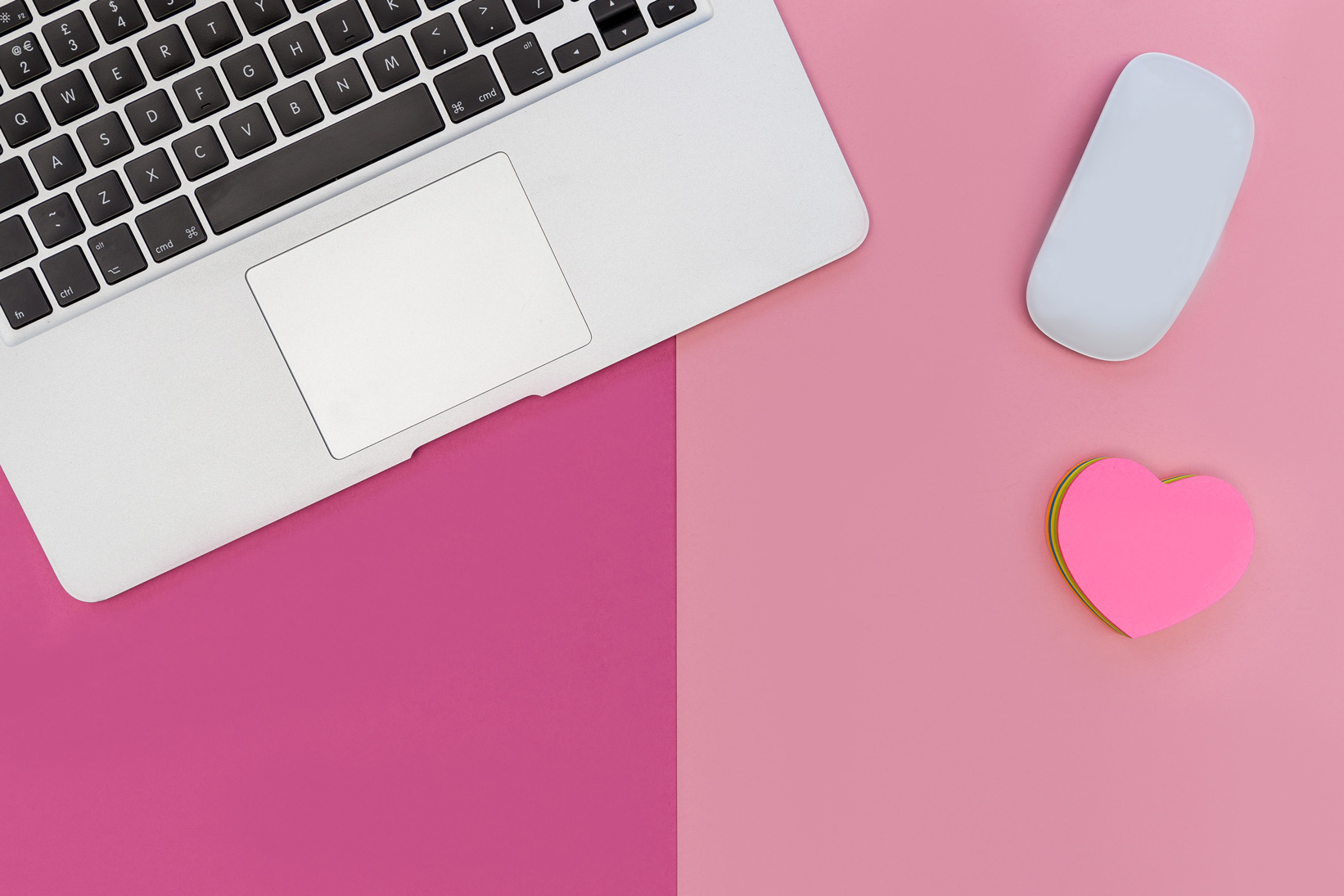 Due to their portability, the demand for laptops has been increasing with time as they offer more flexibility as opposed to desktops.

This portability component enables laptop users to work on their computers from any location.

Even offices are adopting the use of laptops because it enables employees to carry out some of their work at home.

The cost of a laptop computer will depend on certain features.

A basic laptop with little space could cost not less than $300 but a top-end best gaming laptop under $1500 will have everything you need, in fact even more than that.

For a more advanced laptop, with bigger storage space and higher processing speeds, you can get one of these at a cost of up to $3000.

Like desktop computers, the operating systems to be used on the laptop will also have an impact on its costs.

A laptop model to use Apple as its operating system will generally cost more than that which will use Windows.

In recent times, the demand for desktop computers has been diminishing with many people going for laptop computers.

This is majorly due to the much flexibility that is enjoyed with laptops.

However, desktop computers are still used in many offices and also owned by many individuals.

The cost of buying a desktop will depend on many factors.

With as little as $400, you can get a desktop computer.

This, however, will be a basic computer and will have little storage space.

This would be ideal for individuals or small businesses.

With more money, you can get desktops that have more space and more functionality.

Some advanced desktop computers, with big storage spaces, can cost as much as $3500.

Many people have seen tablets as computers that could only be used for playing games and doing some shopping.

However, many individuals and businesses are now using tablets in most of their work.

They are more portable than laptop computers, which allow for more flexibility and instant access to a business’s important information.

At a small cost, tablets can undertake most of the work done by desktop and laptop computers.

They could be used to conduct surveys, take stock audits, and act as a point of sale terminals.

The price of a tablet will range from $200 to $1200. This will depend on the features you want in a tablet. For example, if you are buying tablets to support desktop or laptop, you will need a basic tablet which will cost you less.

If, on the other hand, you are replacing the use of your desktop and laptop with the tablet, you’ll need a more advanced one that will cost you more.

Other factors determining how much does a computer cost

Apart from the type of computer that you will need, there are many other factors that should be considered when answering the question of how much a computer costs.

Below are some of the other factors:

The cost of a computer will also be influenced by its brand.

Computer brands that come from well-established companies tend to cost more than those of other versions from less known companies. For example, you might have two different computers from different manufacturers.

The two might have similar features but still, be priced differently.

An important thing to note is that computer brands coming from well-established manufacturers have better warranty terms than computers from other supplies.

The fact that customers can get their computers replaced when broken will induce them to pay more for these computers. 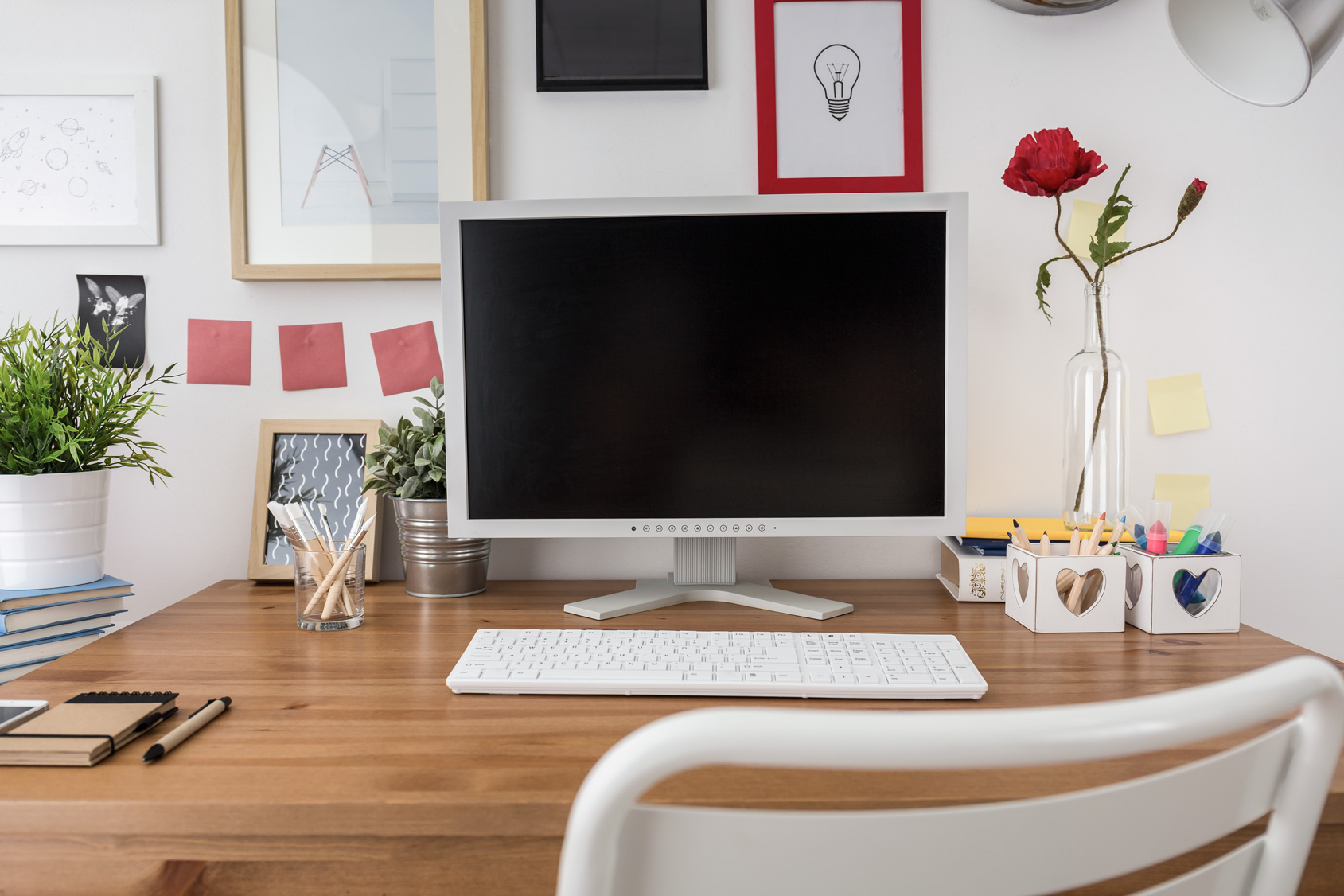 When it comes to purchasing a computer, not all of us will have equal strength financially. Some people may not have enough money which will lead them to buy used computers.

It is an obvious fact that used computers will cost less than new ones.

It also has to do with the features one wants from a computer. For example, someone might have $400, which is enough to buy a new basic desktop or laptop.

However, the person wants a computer with high processing speed and a bigger storage capability.

That person will have to buy a used computer, which is more advanced than the new one he could have bought with the $400.

3. Are you buying one or many?

In answering how much a computer costs, you will also have to tell how many computers you need to buy.

As opposed to individuals who mostly buy one at a time, businesses may at times need to purchase many computers at once.

For those who are buying computers in bulk, a discount of 5% to 15% may be offered.

This will go a long way in reducing the overall cost of the computers. For example, if you are in need of 10 computers retailing at $ 1100 each, you would have to pay $11000.

After making a purchase of a computer, there may be some added cost which you will have to add to the total cost. For example, some computer manufacturers and suppliers will sell their computers without the monitor.

You will, of course, need a monitor to be able to use the computer, which will require you to buy one.

This cost would have to be added to the total cost of the computer to effectively answer the question, how much does a computer cost.

Additionally, most new computers come with basic mouse and keyboard.

These are poor quality components which are difficult to use and are prone to break easily.

Most people do always upgrade these components.

Upgrading your mouse and keyboard will cost you anything from $50 to $300.

These should also be added to the total cost of the computer.

It is common knowledge that a computer cannot work without being installed with software.

There is specific software that should be installed on all computers, like operating systems.

Likewise, some software are only required if you need to use the computer for a specific task.

Most computers are bought with software that is already installed by the manufacturer.

For anyone asking how much a computer costs, he will have to determine the number of software that has been installed on the computer.

If there are many, the cost would be high and vice versa.

This cost would be much higher if the software installed comes from a reputable supplier.

It is important to note that the software will only work for a limited time, after which they should be installed again by the computer owner. 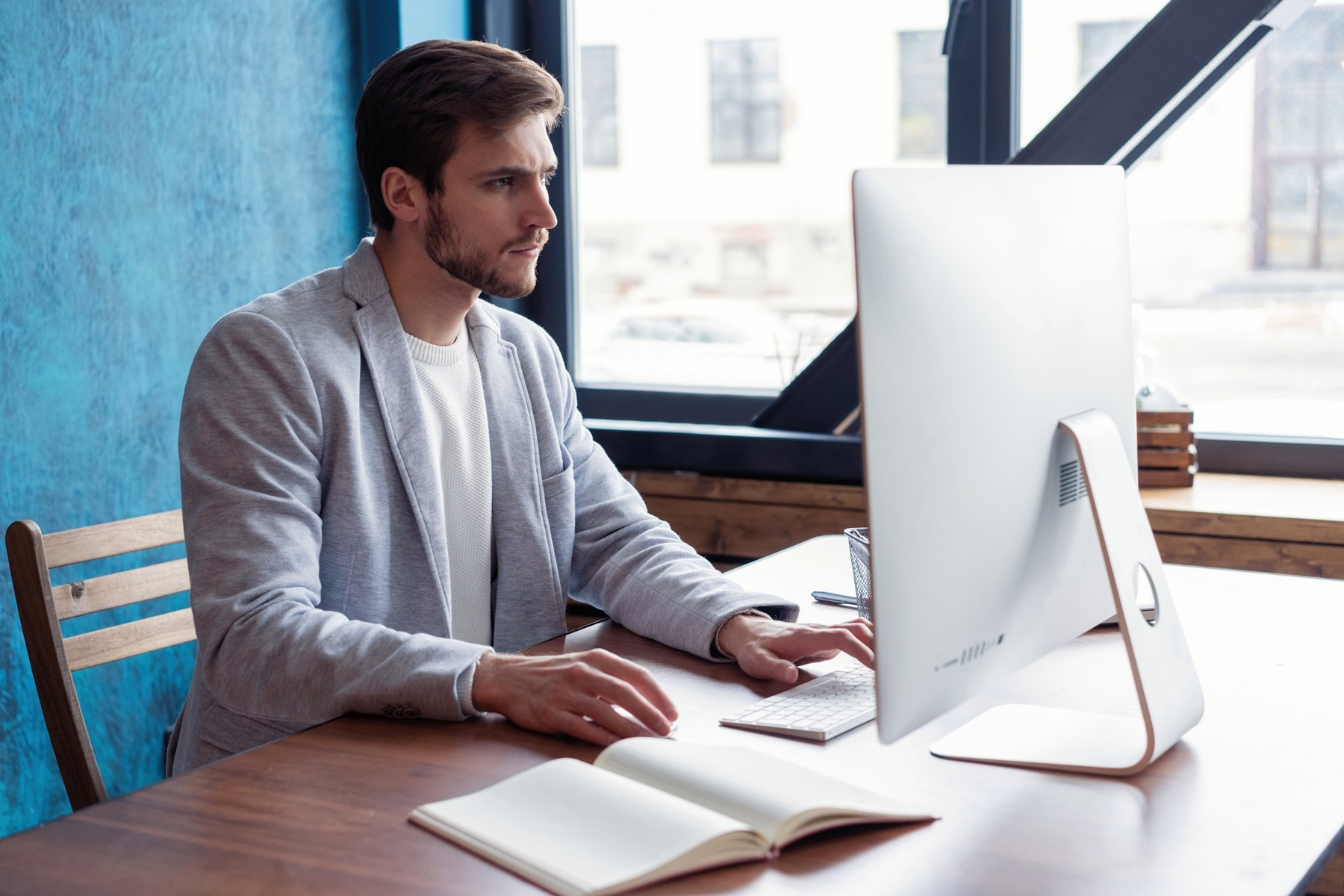 Some computers have simple designs and would have minimal effect on the computer’s cost.

However, with the increased competition among computer suppliers, some computers have high-quality designs which help them to look good and, therefore, sell more. In such cases, extra costs would be incurred in designing the computer.

These costs would then be shifted to the purchaser which will imply more costs.

Therefore, a computer that has more designs will cost more.

As you have seen, the question of how much a computer cost would best be answered by another question; what do you need in a computer?

The points discussed in this article could help get an estimate of the amount you are supposed to have to acquire a computer.

It is not just about the cost, but the real issue is to get a computer that would serve your interests well and at a better price.

The important thing to note is that you can get a computer with any budget, just not any kind of computer.

Author
Jeff Finder
Jeff Finder is a Digital Nomad who travels around the world and blog about technology, gadgets and specifically laptops at Laptopcut.com. He’s also an international speaker and love to persuade youth to find their voice online and make it count. 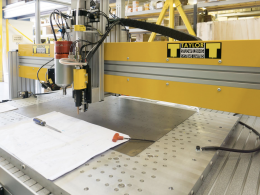 Key Benefits for your Business of Using Automated Welding Machinery

Welding refers to the general process of fastening metal sheets together. There are various types of welding, each…
byShine Markel
962 views 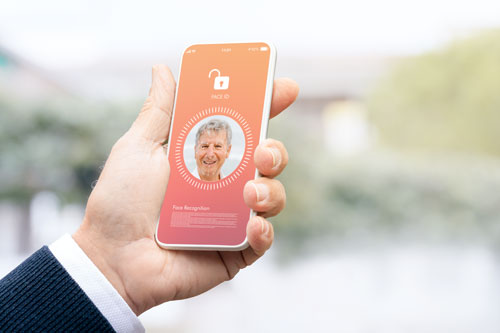 What is the Best Website to Unlock Your Apple iPhone 6?

It’s true. More and more people are unlocking their smartphones. Their reasons are simple. And now, is the…
byPritika Kalani
1.2K views 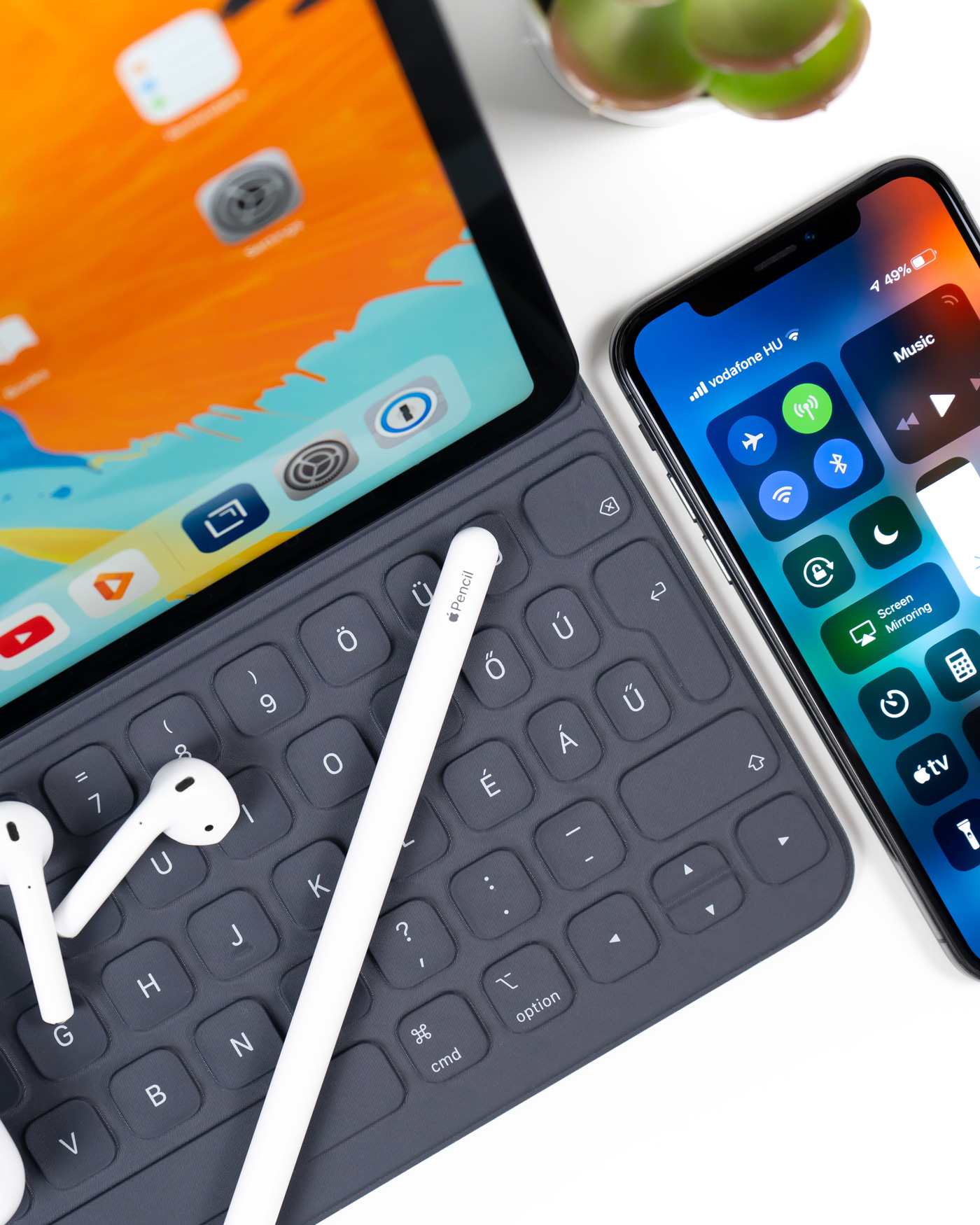 In the past few years, online shopping has become like second nature to most of us.
bynavrajvir
1.7K views
1 share
0
0
1